It was a perfect early fall day for Kristin and Michael’s Waverley Country Club Milwaukie wedding on Monday, September 24, 2018. Under sunny skies and a comfortable high of 75 degrees, the ceremony was held outside on the lawn overlooking the Willamette River. 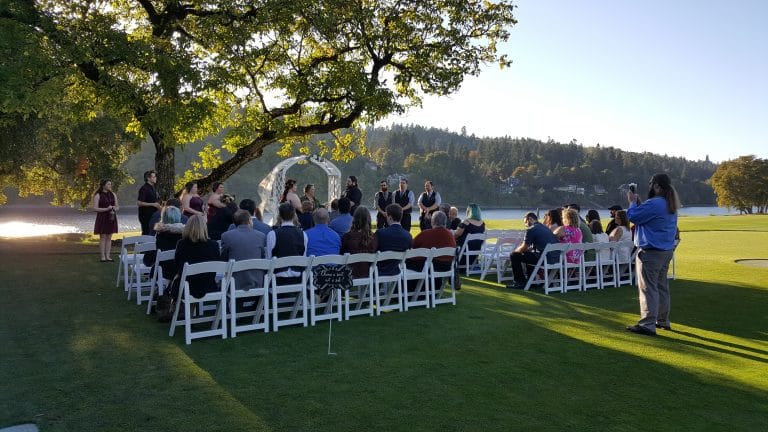 Following the ceremony, most guests gathered on a nearby patio outside, but some made their way to the dining area where I had a second sound system setup for the reception. Background music was a variety of soft rock hits from artists such as Stevie Wonder, Coldplay, and bride and groom favorites, Supertramp, The Lumineers, Frank Sinatra and more. 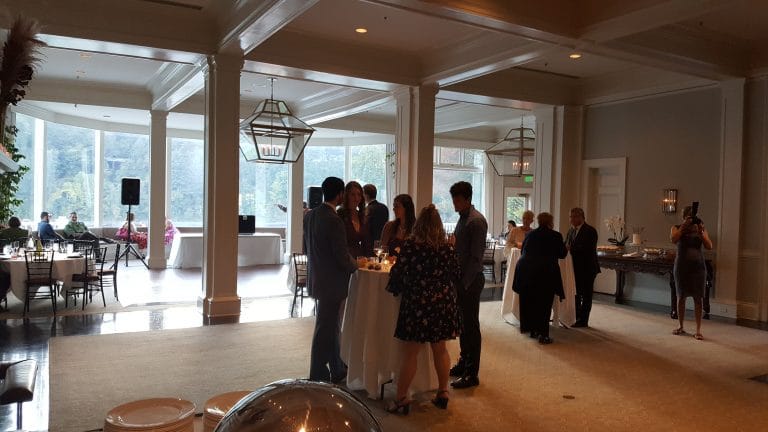 It may have been a Monday night, but judging by the dance floor, it certainly didn’t feel like it. Guests were in the mood for dancing and the floor filled quickly for the opening slow dance and the fun fast songs that followed, including requests for The Contours “Do You Love Me” and “Boogie Wonderland” from Earth, Wind & Fire. 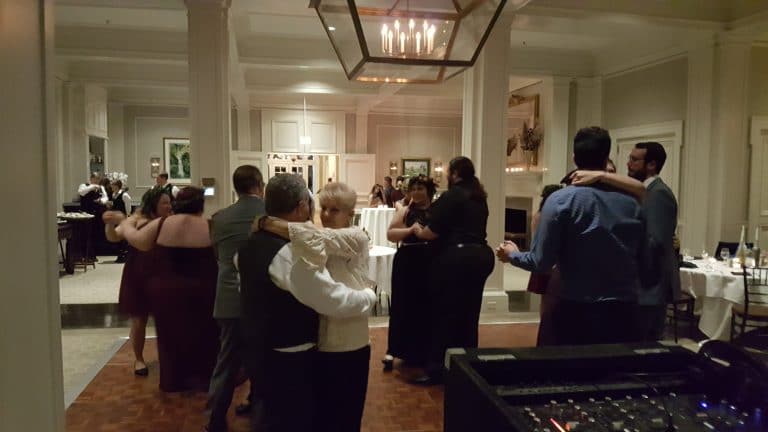 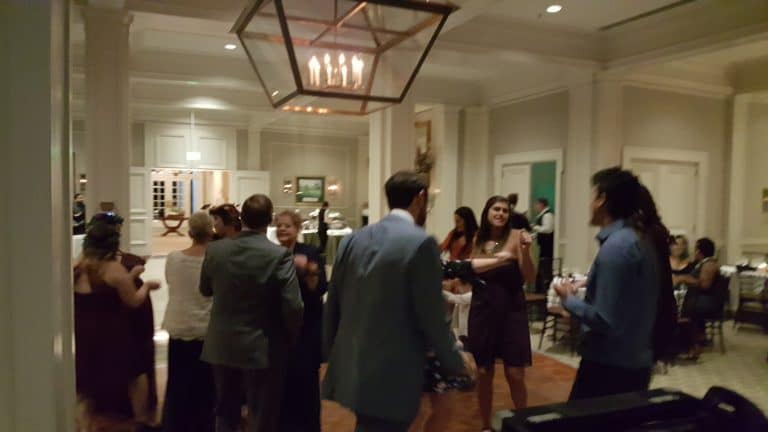 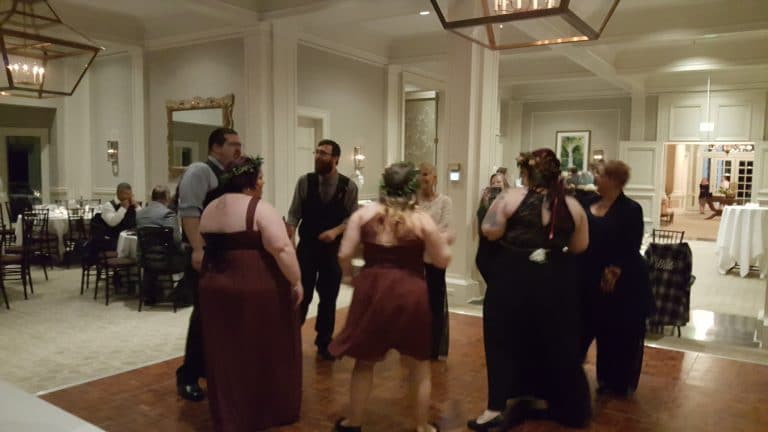 This was a fun group who appeared to have a great time enjoying the hits from Justin Timberlake, Bruno Mars and the Cupid Shuffle to Hall & Oates, Rick Astley and more. 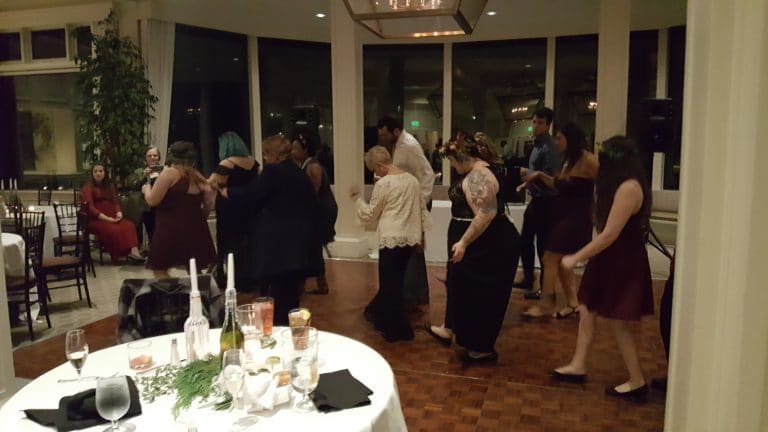 Posted in Events, Wedding
Connect with Us