Cassidy and James held their Inn at Avonlea Sandy Oregon Wedding on Saturday, September, 28, 2019. It was raining near Mt. Hood so everything was moved inside for the ceremony, originally planned to be outside with the reception after inside the barn.

Of course, the sun came out after the ceremony, but it was a cozy intimate setting to exchange their vows. While I provided microphones and played the prelude, all music was performed by live musicians. 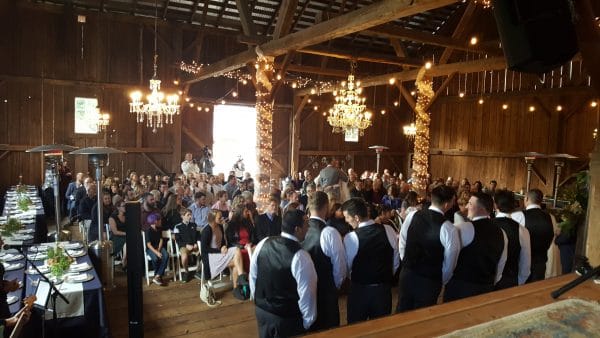 Good thing it was dry as all guests were asked to move outside temporarily while the room was reset for the reception. When everyone returned, I played a mix of popular crooner music from the 40’s and 50’s as requested by the bride. Artists included Ella Fitzgerald, Louis Armstrong, Tony Bennett and more. 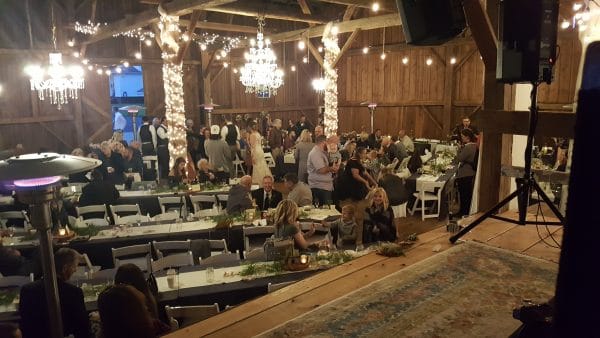 Between and the cake cutting and first dance, Cassidy and James played the shoe game. The best responses are to questions where couples disagree or they are not sure how to answer. There was a lot of double shoe raising to questions like “Who has the wackiest family” and “Who made the first move?”

It was still early when the dancing began, so there was some ebb and flow, especially with the dance floor also the main thoroughfare from one end of the barn to the other. 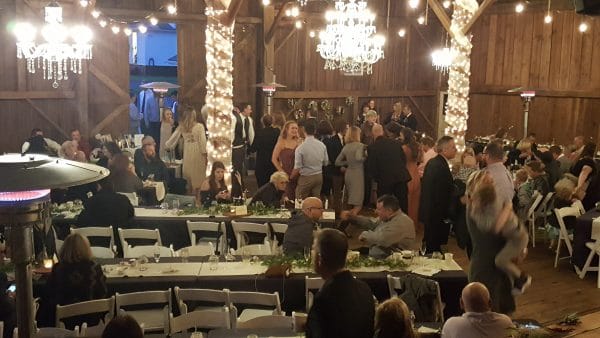 A few songs in though, the dance floor began to define a little more and filled for the fun fast tunes, that included a swing dance. 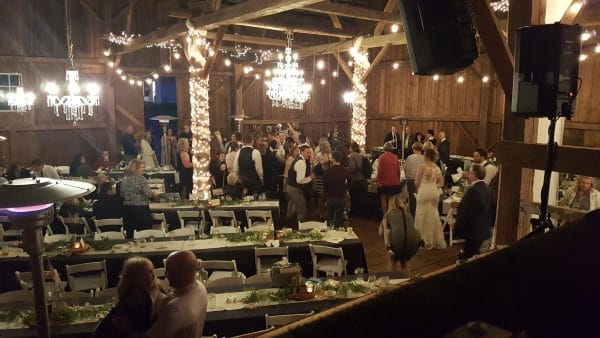 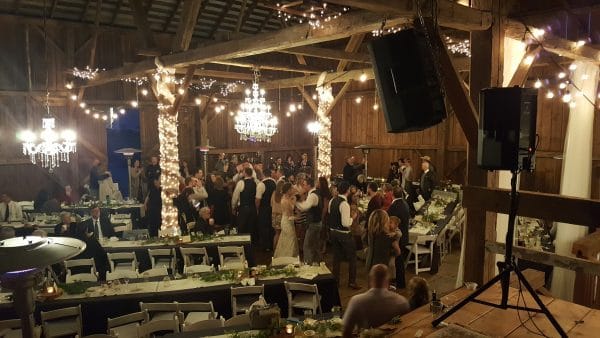 As the final hour began, the dance floor was packed and guests enjoyed the variety of hits… “Can’t Stop The Feeling,” “Play That Funky Music,” “You Shook Me All Night Long” and more. 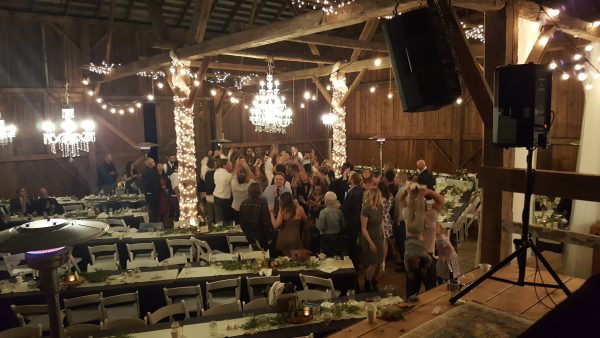 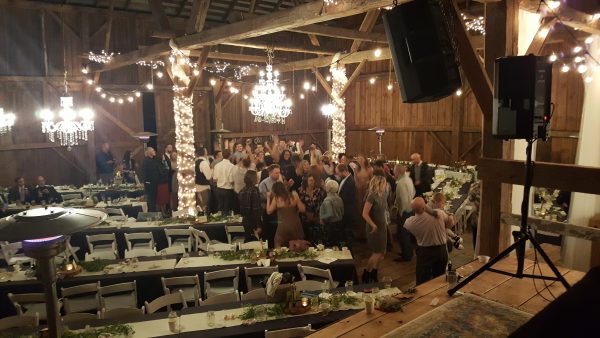 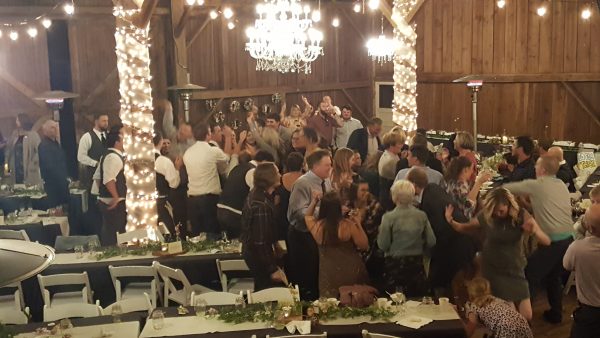 Congratulations Cassidy and James! Thank you for choosing PRO DJs.

Posted in Events, Wedding
Connect with Us